Scott has 16 years of nonprofit experiences around the world, including time spent as Executive Director of the 2008 International Children’s Games in San Francisco and as Founder and Executive Director of the San Francisco Sports Council.  He has excelled in leadership positions with multiple nonprofits and served on the Board of Directors for numerous others, including The Guardsmen, LEAP…Imagination for Learning, and the Golden Gate Grand Prix Association.   He is the co-founder of Farm from a Box and formerly joint Managing Partner of Humankind Philanthropic Advisory Group.  As a former golf professional and Norwegian national golf team coach, Scott has dedicated much his life to helping young athletes find their way, not only on the playing field, but off it as well. 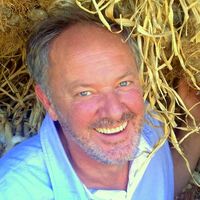