Nicole Michele Johnson is a former Miss California USA and semifinalist at Miss USA 2010.   Nicole has always been a competitive and passionate talent. Starting at the young age of 7, she was competing in Karate, dance, cheer and pageantry. Nicole’s second pageant Miss California National Teen was where she won her first title in 2004 and placed second runner-up at Nationals. Putting her education first, Nicole tabled competing in pageants and in 2007,  Nicole graduated with honors from the University of Southern California receiving her B.A. from the Annenberg School for Communication.  In 2010 she would return to the pageant world winning the title of Miss California USA and placed in the top 10 at Miss USA. Nicole helped pave the way for blossoming contestants curating a campaign centered around young women finding their inner beauty and gaining the confidence to compete on stage at any pageant.  Since receiving the crown,  she has continued to speak at high schools, travel with INTA Gems & Diamonds to Fudon University in China and helped with both the NoH8 and Love is Louder Campaigns.  She was even invited to be a guest speaker and member of the Ronald Reagan Centennial Youth Committee.    Recently Nicole has been working for a startup company called Mogl. The company’s focus is to help bring an end to world hunger, by helping fight hunger with hunger with local restaurants.  In her spare time she enjoys helping girls on their journey to competing for a title and playing with her french bulldog, Juno. 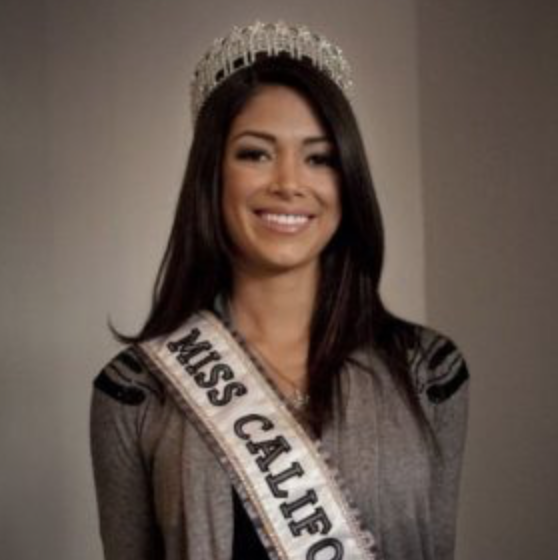