Heather is one of the most decorated water polo players in the world.  She is one of two US female water polo players to have competed in four Olympic games.  She’s earned a bronze, two silver, and a gold in the 2012 London Olympics.  She grew up in the East Bay, attended Miramonte High School and later attended UC Berkeley where she played collegiate water polo from 97-01.  She played professionally in Italy, Greece, and Brazil.  Heather has always been a big supporter of the fight against cancer. She has organized swims in the Bay for Swim Across America and organizing a cancer awareness game for the National Team.  She believes strongly in giving back through sport. 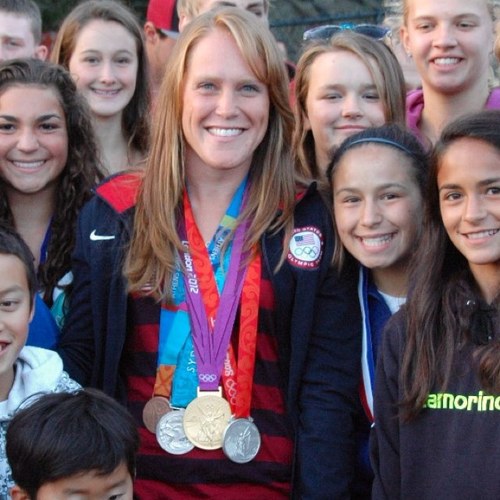